For the second part of our Freelancing Scams & Frauds series, I’m writing about an online freelancer’s worst nightmare – not getting paid for services rendered.

Many freelancers are very cautious during their first few interactions with a new client. It is usually during these first chat conversations or video call meetings that freelancers gauge the professionalism and trust-worthiness of the client. But let me tell you – you can be working for a client or an agency for quite some time…  and still be victimized.

During my first months as a freelance writer, I was hired by an SEO online publication outfit. Let’s call it K-News.  Their main office was in New York City but they had remote teams in India and in the Philippines, mostly composed of HR staff, team leaders and writer/reporters.

I’ve got to say, the agency was pretty organized. After passing a writing exam and being interviewed by an HR officer via video call, I was trained under a team leader for some time before finding keywords and writing articles on my own.

It was a smooth and steady job. And for a newbie like I was, the pay wasn’t bad at $5 for a 300-word article plus monthly incentives if your pieces get many hits. Once a month there was a one-on-one online chat session with a Filipino SEO training officer, and a separate online training session per team with a New York-based Editorial Manager we’ll call Roger. Every week, Roger would send everyone an email update about article trends,  keyword ideas and even a list of top-performing writers and teams.

With freelance projects coming and going, K-News became a constant and secure source of monthly income for me. Every now and then, payments would be delayed by a few days to a week but I didn’t really mind. Some of my remote co-workers had already been with K-News for several years then, so I was confident that the company was stable and reliable.

That’s why I was completely blindsided when things started to take a wrong turn. It was my 10th month writing for K-News. A week of payment delay became two, and then three. A month without a dime being sent to our PayPal accounts, many started to freak out. A lot of us stopped working and demanded that we get paid first before we continue writing for them again.

After being bombarded with too many complaints and follow-up emails, the HR team finally came clean – for the past few weeks, they haven’t been able to contact Alan Choo (not his real name), the New York executive who was in charge of releasing payments. Apparently, Alan Choo was initially on sick leave and went missing in action thereafter. 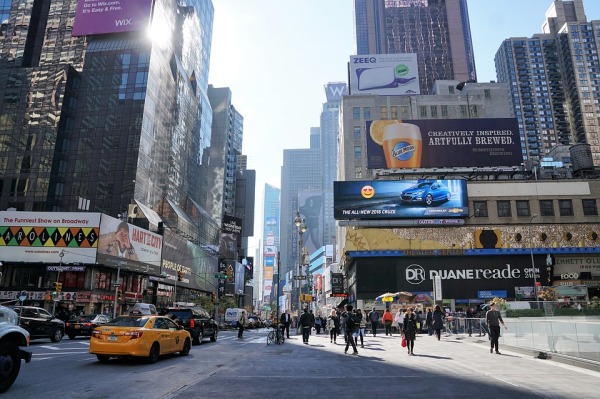 The Philippine team had only been in contact with two people in New York throughout the years – Alan Choo and Editorial Manager Roger who, at the time of the debacle, had already resigned. Our team leaders asked for Roger’s help in reaching out to the New York team even though he was no longer with the company. Roger purportedly did reach out to K-News but in the end, we were told that we had no choice but to wait for Alan Choo to come back to circulation.

It was such a frustrating time. One moment we thought we were part of a company, the next we were left hanging – even our team leaders didn’t know if we still had a job. We had this one link to New York and just like that, he was gone. No one would talk to us or answer our questions. And it was only during that time that we realized how sketchy K-News was, including its mother company.*

For the next weeks, there was nothing more

to do but bombard them with messages – Alan Choo and a Pinay HR staff member who was believed to still be in contact with him. In the end, some got paid while some didn’t – I was one of the unfortunate ones.

This scenario is exactly why traditional employees are scared to jump off the wagon and start an online freelancing career. And given our case, they certainly have the right to be scared. K-News is not under any regulatory body in the Philippines – no one can demand them to pay us or reprimand them for failing to do so.

Some of my former co-workers in K-News mentioned the possibility of talking to a lawyer in New York to sue the company, but we all knew that it would require too much time, energy and money.

It was good while it lasted. There were no telltale signs that K-News, or at least Alan Choo, would bail on us. But that situation taught me a lot of lessons:

*Another sketchy thing about K-News. After the whole payment brouhaha, one of my former co-workers applied for a writing job in K-News’ main competition – let’s call it Global Money Times. During her training period, she was stunned when she was given the log-in username for Global Money Times’ Getty Images account: “Alan Choo.” She immediately walked away from the job right then and there. I didn’t want to mention the true names of companies/people involved, but for the sake of newbies, here are links to related pieces from Ripoff Report, Medium, and Glass Door.

Have you also encountered agency executives Alan Choo? Tell us about the lessons you’ve learned on the comment section.